On the outskirts of the bustling Romanian city of Bucharest sits the ruins of an unconsecrated monastery. While this foreboding stone edifice slowly crumbles, its superstitious legends remain strong and well-engrained in the minds of locals. Though the Chiajna Monastery was built as a place of peace and worship, it’s existence became something quite the opposite. Today, it remains a feared landmark to many. For those who believe these aging tales, the former church is […]

Dracula is one of the most recognizable horror icons and has grown in popularity since he first appeared in Bram Stoker’s famed novel ‘Dracula.’ Although Dracula is a fictional character, it is said that his origins may have been forged in some bloody truth. Dracula was supposedly inspired by the real-life historical warlord Vlad Tepes, or Vlad the Impaler. Vlad was born in the Transylvanian town of Sighisoara sometime between 1428 and 1431. He was born […]

Brasov hides cloaked in the tranquil safety of the Carpathian Mountains, an ode to Transylvania’s great and historical past. With sweeping mountain views, cobblestone streets and red roofed historic buildings lining every street, Brasov is a romantic city for any lover of medieval era Europe. Although the city is today a bustling, trendy destination for tourists and locals alike, looking to indulge in sites, food and the occasional live event, there is a darker side […]

A short distance from the modern Romanian city of Cluj Napoca exists what many believe to be the world’s most haunted forest. Known as Hoia Baciu, this dense forest is surrounded by legends and conceals many secrets. Tales of ghosts, UFO’s, inter-dimensional portals and other unnatural phenomena have made Hoia Baciu Forest one of the most infamous places in Romania. The first scary legend of Hoia Baciu is the one which gave the forest its […] 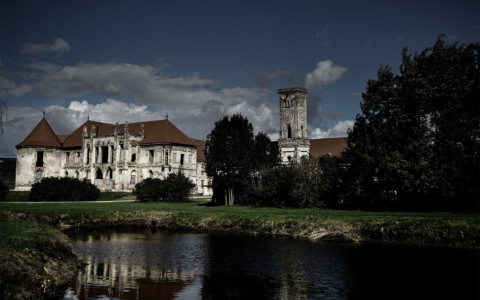 Banffy Castle is one of Romania’s hidden gems. It isn’t easily accessible and isn’t one of the country’s most stunning places visually. Yet, Banffy Castle has an interesting and spooky history that certainly makes up for this. Banffy Castle is located in the small town of Bontida in Transylvania. It was built for and by the Banffy family between the years 1437 and 1543. It was occupied by this family right through until 1944 when […] 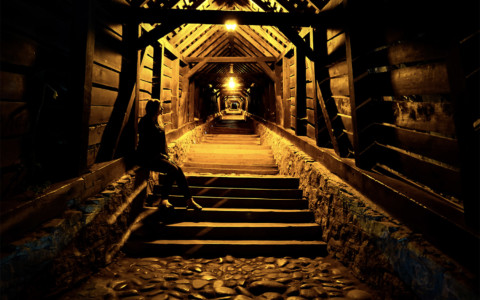 Sighisoara is a medieval town in Transylvania, Romania. It is a stunning sight for those who make the trip to visit the small remote town. It exists on raised cobblestone streets and has retained many of its medieval buildings and charm. Though Sighisoara is a pristine and beautiful place, it does have a darker side that many do not know about. This quaint little village has faced plague, fire and is even considered to be […] 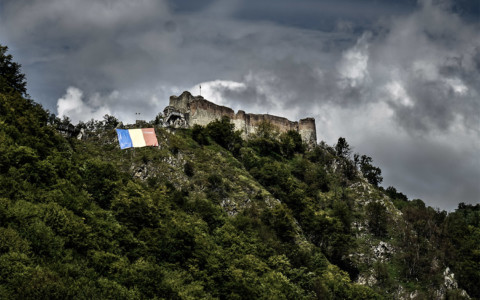 Poenari Castle is a little-known ruin that was once an important stronghold. It is best known for its ties to Vlad Tepes, better known as Vlad the Impaler or the real-life inspiration for Dracula. The crumbling Poenari Fortress exists high in the Făgăraș Mountains. It is accessible to the few tourists willing to make the harsh trip to visit it by ascending 1480 stairs up a steep hill. Unlike Bran Castle, which has been heavily […]

Bran Castle is one of the most stunning castles in Romania and possibly the world. It is heavily marketed to tourists as being ‘Dracula’s Castle.’ Interestingly, this couldn’t be further from the truth. Nonetheless, it has propelled Bran Castle into stardom and it remains what is likely the most visited tourist attraction in Transylvania. Bran Castle has stood for many years, first being mentioned in documents dating back to 1377. It was strategically positioned upon […]