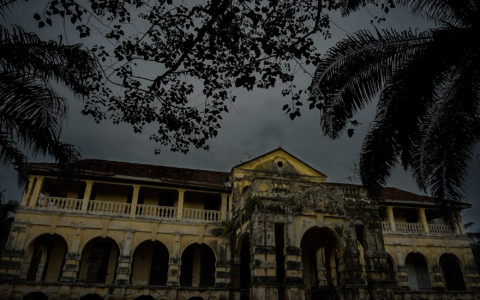 Malaysia is a unique part of South East Asia. It is a diverse place, abundant in different cultures and offers up many interesting locations to explore. Some of these sites may still hold scars from darker times of war or have remained tainted from torture and death. Needless to say, Malaysia has more than its fair share of ghosts. Let’s explore the 6 most haunted places in Malaysia. Located on the side of Penang Hill […]

Penang boasts the largest war museum in South East Asia, which also happens to be the most haunted. Given the history of this area, which is soaked in battles, torture and execution, it is easy to understand just why this is. Originally named Batu Maung Fort, this sprawling defense was built by the British in the 1930s. Its purpose was to protect trade routes, though it became something much different as WWII rolled around. Soon […]

Malaysia’s 99 Door Mansion is an urban explorers dream! An intact gloriously constructed mansion that has been left to decay for decades. It remains surrounded by an overgrown plantation, securing the privacy of the ruin. Yet, many refuse to enter or even approach this abandoned mansion for its dark connections to the supernatural world. The 99 Door Mansion was built during the 1800s by the wealthy Ramsden family. On a chance, this family moved to […]

Kuala Lumpur is a pristine city tainted by a dangerous eyesore that was once a place of learning. The former Danua Perdana School is today closed off, surrounded by a protective fence displaying warnings to those who dare enter. The structural integrity of this abandoned former school is questionable, yet it is the ghostly legends that surround the building which really strike fear into the hearts of many. The SK Danau Perdana was closed down […] 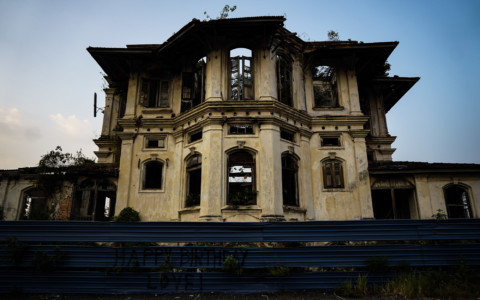 The Shih Chung Branch School remains frozen in time. Shadowed by the busy, sky-high metropolis of Penang, which has now engulfed the small, ruined shell of a school. Gated off and overgrown with plants and trees, the crumbling walls and faded paint exhume a bizarre atmosphere. Many locals consider the school to be an eye-sore and omen to the terror that once consumed Malaysia during times of war. Capturing a glimpse of this abandoned school […] 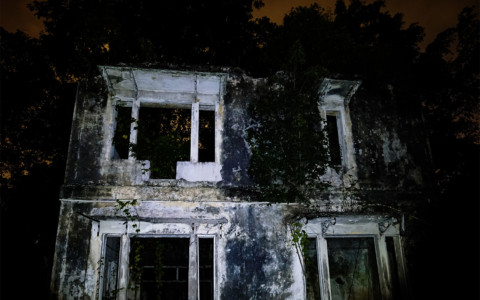 Tucked away secretively in the deep jungles of Kuala Lumpur’s most prestigious neighborhood, is a dark and mysterious ruin. Widely spoken of as one of the most haunted places in Malaysia, this ghostly beauty remains a hidden secret. It is evidently rarely visited due to its advanced state of decay and the animal carcasses within that had decomposed down to nothing more than bone. This notorious abandoned mansion in Bukit Tunku is a creepy sight […]