Bran Castle is one of the most stunning castles in Romania and possibly the world. It is heavily marketed to tourists as being ‘Dracula’s Castle.’ Interestingly, this couldn’t be further from the truth. Nonetheless, it has propelled Bran Castle into stardom and it remains what is likely the most visited tourist attraction in Transylvania.

Bran Castle has stood for many years, first being mentioned in documents dating back to 1377. It was strategically positioned upon a vacant hilltop to guard a mountain pass. It later became an important fortified stronghold against the invading Ottoman Turk during the 1400s.

Bran Castle has a long and interesting history, which has led to a number of supposed hauntings. So, where do its ghost stories and ties to Vlad Tepes, the real-life Dracula spawn from?

Vlad Tepes was a notorious warlord during the 1400s. He is better known as Vlad the Impaler for his primary execution method of impalement. Vlad developed a fierce reputation for torturing and killing hundreds of thousands using this grotesque technique. Rumors swirled about his bloodlust including cannibalism and drinking victims blood. These legends are largely what inspired Bram Stoker’s famous vampire character Dracula.

Tourists making the pilgrimage to Romania to follow the footsteps of the real-life Dracula and explore Transylvania, will often visit Bran Castle. It is without a doubt one of the best preserved and stunning castles in Transylvania. It is also perched atop a great hill, just as Dracula’s castle is depicted in Bram Stoker’s novel.

Strangely enough, Bran Castle has extremely limited ties to Vlad Tepes. It is known that Vlad Tepes had passed through the valley, which surrounds Bran Castle, multiple times during his life. There is no definitive evidence that suggests Vlad even stayed at Bran Castle during his travels. He also certainly never owned or lived in the castle. It seems the attraction which now operates as a museum has successfully managed to market itself as Dracula’s Castle.

Some believe that Bram Stoker used an image of Bran Castle to create his description of Dracula’s Castle for his famous novel, never having actually traveled to Romania. Though, this also seems unlikely given the stark difference to Bran Castle and the one described in Stoker’s novel.

Though the legends of Bran Castle being the real Dracula’s Castle are disappointing, Bran Castle does have a number of impressive ghost stories.

The most famous ghost to reside within Bran Castle is a royal ghost. During 1920 the castle became a royal residence. Shortly after this, Queen Marie moved in, claiming it as her home and retreat. She loved Bran Castle so much, she even ordered its restoration.

Additionally, many more claims of paranormal activity occurring within the castle have been made. Unexplainable orbs of light, shadow figures, possessions, electronic voice phenomena, and even poltergeist activity have all been captured and experienced at Bran Castle. Some even claim that Vlad Tepes’ spirit haunts the castle. Though, this seems unlikely given his limited associations with the building. 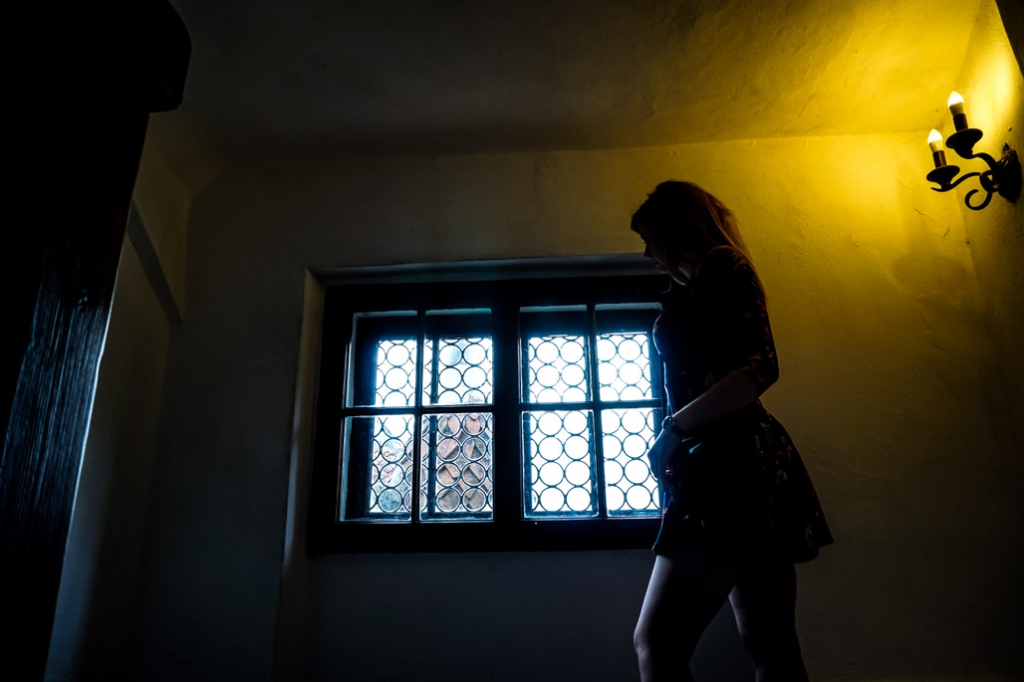 Exploring one of the most beautiful but spooky castles in Romania.

Though Bran Castle is not the ‘real’ Dracula’s Castle, it is still an impressive site to visit. I highly recommend it to anyone traveling to Romania. The castle is beautiful and contains some amazing history. Today, it acts as a popular tourist attraction and museum.

Tickets to Bran Castle are reasonable and the surrounding town of Bran is a charming place to spend the night. It is linked to other major cities by buses and trains.

If you enjoyed this read and are interested in Romanian places with ties to Vlad Tepes, I recommend checking out the Snagov Monastery. This is the place rumored to hold the remains of Vlad Tepes.