Most people view the Taj Mahal as an epic symbol of true love, though there are a number of grim and mysterious tales about the magnificent landmark that may make you view the Taj Mahal in a darker light. The Taj Mahal dates back to 1632, lies in the Indian city of Agra and is today recognized as one of the New Seven Wonders of the World. It was commissioned to be built by the […]

India is a lively, colorful country with vibrant sites and friendly people. It is also an old place that contains a lot of history, and naturally, some of that history is particularly dark. While ghouls and ghosts might not come straight to mind when thinking of India, the country is surprisingly superstitious and home to many of the world’s most haunted locations. Below you will find some of the most haunted places in India. Our […]

Many cultures, from all around the world, incorporate possession into their beliefs. Possession deals with some kind of entity inhabiting, controlling and essentially taking over someone’s body and mind. Typically, the main cure for possession is to endure an exorcism. While the details of possession and process to expel spirits from a body differs between countries, it is typically a terrifying and privately conducted practice. The Mehandipur Balaji Temple in India is unique in this […]

The Feroz Shah Kotla is located in the heart of Delhi, India. Despite dating back to the 1300s this site is quite well preserved and still a popular place to visit. The Kotla was an important fortress in its heyday, containing several buildings of historical and religious significance. The ruins left behind from this epic citadel now have importance to the locals who believe that entities, known as Djinns, dwell there. These beings are better […]

In a bustling area of Delhi, India sits a sinister piece of the city’s bloody history. The Khooni Darwaza remains perched in its original position, though it now exists in the middle of two busy freeways, built into the medium strip that separates them. The structure, which translates to Gate of Blood, has stood here since the 1500s and remains as one of just 13 other surviving gates in Delhi. The Khooni Darwaza was not […]

Most Haunted Places in Pune, India

Pune is a large and bustling city. So large, in fact, that it is the second biggest in Maharashtra after Mumbai. Pune is also well known for its great historical significance. It is a place of ruins, where stories of the past exist on every corner. All of this history means that Pune has seen its share of darker moments, which have resulted in plenty of ghost stories. Here is where you can find the […] 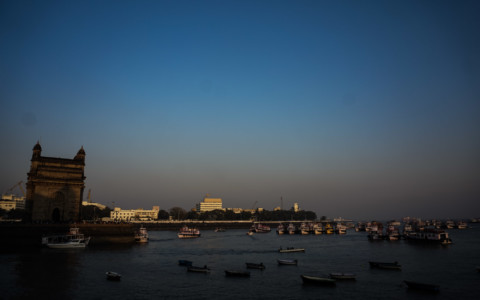 Most Haunted Places in Mumbai, India

Mumbai is one of the most progressive and busy cities in India. It is a place of color and ancient tradition, laced in terror. There are some parts of the city, which have become notorious for ghostly activity. Here’s where you can find the most haunted places in Mumbai. The first location on this list is a mysteriously abandoned housing community. The ruin consists of a set of tightly clustered houses that were destroyed years […]

The Agrasen Ki Baoli is an ancient structure situated in the bustling hub of Delhi, India. It retains much of its grandiose character despite being heavily weathered from centuries of existence. 104 steps lead down various levels of the structure to the base of the well, which acted as a water source for Delhi residents for many years. The striking visuals of symmetry and rich history continue to attract visitors to this 14th-century stepwell. However, […]