Wroclaw is a lively city laced with historical buildings making it one of the most beautiful places in Poland. Housing a great number of students, Wroclaw also has a happening nightlife. Though there are plenty of drunken party-goers making their way about Wroclaw’s cobblestone streets in the darkness of night, many others claim that ghostly activity may be just as common. This begs the question, where are you most likely to encounter a ghost in Wroclaw?

Our first spooky story originates out of a bustling pub where the craft beer flows continuously. The building, House Under the Golden Dog, is easily located by the golden dog statue that crowns it. It ghost stories date back to the 1700s when Frederick the Great paid it a visit. This former king of Prussia admitted to encountering something paranormal within the pub.

Frederick claimed that something unseen both threw him to the ground and seized the quill he was using from his hand. Today, paranormal occurrences as violent as this one aren’t really reported. Some have claimed to hear strange noises originating from the building’s cellar though.

Murder and Demonic Creatures in Wroclaw

Just a short walk from the House Under the Golden Dog lies another seriously spooky location. This one is affectionately known as the Hansel and Gretel Houses. These buildings consist of two narrow and old townhouses connected in the center by an arch. This is supposed to express and represent love, though these buildings have a far more sinister and dark past.

Apart from the rumors that this building was built over the top of a burial ground, reinforced by a message in Latin carved on the archway, which translates to “Death is the Gateway to Life.” The building also contains legends related to a murder.

It is told that a demonic dwarf-like creature once lived in the Church of St. Elizabeth, directly next door to these buildings. Supposedly this, dwarf found a way to possess a young, local man from the area. The Dwarf used his evil powers to influence the young man into murdering his grandmother in the area of the Hansel and Gretel Houses. This murder was extremely horrific, with the young man essentially hacking his grandmother into small pieces. Because of this trauma, some say that the soul of the unfortunate woman murdered here was never able to find peace. Some say on silent, still nights, you can still hear her shrieks and wails of pain as if reliving her murder.

Wroclaw is a great location to visit while in Poland. It is clean, affordable, safe and interesting. Its little-known name also makes for a destination which isn’t polluted with other tourists. If you are looking to visit these haunted places, they are each located in the main square of the historic district, which I highly recommend staying around.

If you enjoyed this read and are looking for other haunted locations in Poland to visit. Check out the haunted caste of Lagow. 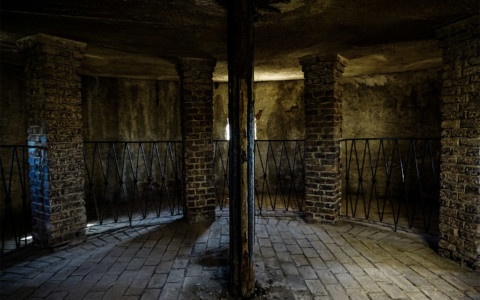 The Ghosts of Lagow Castle, Poland