Nestled along the banks of the Ohio River sits a house, that not many would pick as being one of the most haunted locations in the United States. The Bellaire House has become an infamous place, rumored to be filled with ghosts, demons and even portals to other realms. The house was built by Jacob Heatherington and his wife Eliza in 1847. Being constructed near the site of a fatal mining accident that claimed 42 […] 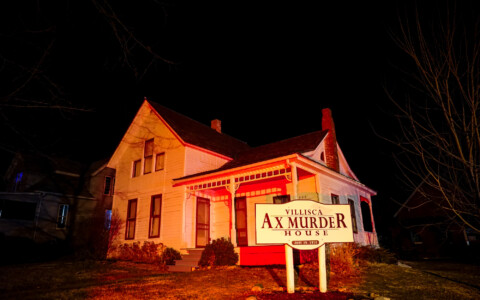 The USS North Carolina, today sits permanently docked in Wilmington, and is described by many as being one of the most haunted places in the state. Construction on the ship spanned from 1937 to 1941 and following attacks on Pearl Harbor the USS North Carolina was officially sent out to battle. The ship was built for speed and became well decorated during WWII, participating in every major naval offensive move in the Pacific area. However, […]