Thailand is a place of enchantment and superstition. Its capital city, Bangkok, is no different, yet one of the loudest, most colorful and lively places you’ll likely to find in the country. Despite the living being plentiful, there are also plenty of the dead to be found in the city and a number of places hold fascinating ghost stories. Let’s explore some of the most haunted places in Bangkok, Thailand. Our first haunted location in […] 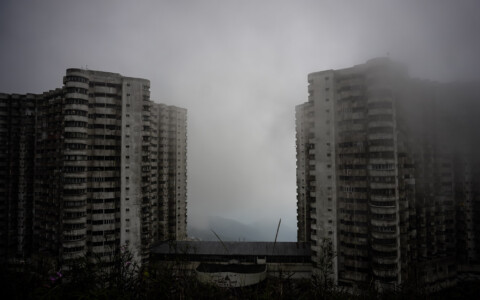 Genting Highlands is a sought after retreat for those in Malaysia. Being situated on the peak of Mount Ulu Kali, it provides visitors with sweeping views, as well as a world-class casino, resort and theme parks. However, there is a darker side to this tourist destination, as it is home to one of the most haunted buildings in the country, known as Amber Court. Amber Court is a towering, though dilapidated, apartment complex hidden within […]

Most people view the Taj Mahal as an epic symbol of true love, though there are a number of grim and mysterious tales about the magnificent landmark that may make you view the Taj Mahal in a darker light. The Taj Mahal dates back to 1632, lies in the Indian city of Agra and is today recognized as one of the New Seven Wonders of the World. It was commissioned to be built by the […]

India is a lively, colorful country with vibrant sites and friendly people. It is also an old place that contains a lot of history, and naturally, some of that history is particularly dark. While ghouls and ghosts might not come straight to mind when thinking of India, the country is surprisingly superstitious and home to many of the world’s most haunted locations. Below you will find some of the most haunted places in India. Our […]

Many cultures, from all around the world, incorporate possession into their beliefs. Possession deals with some kind of entity inhabiting, controlling and essentially taking over someone’s body and mind. Typically, the main cure for possession is to endure an exorcism. While the details of possession and process to expel spirits from a body differs between countries, it is typically a terrifying and privately conducted practice. The Mehandipur Balaji Temple in India is unique in this […]

Baguio is known as being the Summer capital of the Philippines. It’s cooler climate and being situated in the mountains is a drawcard to countless tourists who flock there to retreat from the severe heat of the Philippines. Though Baguio is popular amongst the living, it seems its dark history has also ensured it is a popular destination for the dead. Many people claim Baguio to be the most haunted city in the Philippines. Here […]

The Feroz Shah Kotla is located in the heart of Delhi, India. Despite dating back to the 1300s this site is quite well preserved and still a popular place to visit. The Kotla was an important fortress in its heyday, containing several buildings of historical and religious significance. The ruins left behind from this epic citadel now have importance to the locals who believe that entities, known as Djinns, dwell there. These beings are better […]

Many people consider Baguio’s Teacher’s Camp to be one of the most haunted places in the Philippines. This is an interesting claim as the purpose of this location seems greatly disconnected from anything remotely spooky. Teacher’s Camp is today a place where religious retreats, sporting events and gatherings for educational lectures assemble. The camp provides affordable accommodation for those who attend these events and has done so since 1908, when the camp was opened as […]