Ghosts of House of the Seven Gables: Haunted Salem

Salem is a charming and historic town, known predominantly and made infamous for its past Witch Trials. Although those trials date back to the 1600s, they have certainly shaped Salem and continue to influence its image to this day. Visitors tend to flock to Salem to experience its spooky side and there’s no shortage of paranormal hot spots to choose from. One of the supposedly haunted buildings, that continues to draw crowds to town, is […]

Salem is a small, historic town made infamous by its Witch Trials during the 1600s. These horrific events saw many people meaninglessly sent to their deaths and the town still bears the stains of its dark past to this day. The Old Burying Point Cemetery is one location where historic points of interest related to the trials can be found. It has become the final resting place for some notable people who had a strong […]

The Hawthorne Hotel was erected in Salem’s historic town center in 1925. The grandiose building has offered upper-class lodging to many patrons over the years, all whilst accumulating a healthy amount of ghost stories. Some of these stories even tied to the infamous Salem Witch Trials of the late 1600s. This has certainly assisted the notorious hotel to fit into the spooky atmosphere Salem is well known for portraying. The first and best-known haunting of […]

Salem, Massachusetts is an interesting place, synonymous with all things spooky. It is best known for the relatively short time period that its infamous Witch Trials ran for, yet has far more sinister and scary tales to tell. Below is a list of the most haunted places in Salem, which you can visit. A ghost tour of Salem is not complete without a visit to the Old Burying Point Cemetery. This cemetery sits on a […] 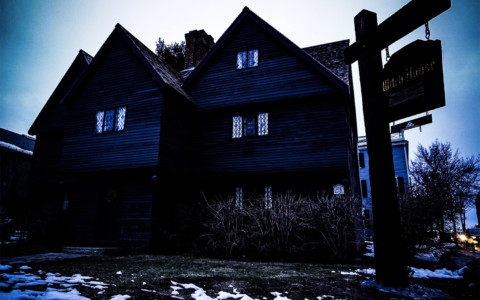 Salem, Massachusetts was a very different place back in 1692. It was a dominant shipping port on the East Coast and home to a large Puritan community. A stark contrast to the bustling tourist destination Salem has become today, yet one thing that remains consistent is the town’s fascination with witch craft. Salem is indeed best known for the hysteria that dominated it in 1692, resulting in the Witch Trials that were to cause the […] 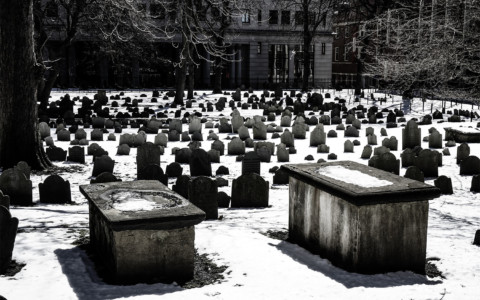 3 Haunted Cemeteries In Boston You Need to Visit

Boston is a city tied to a great deal of important American history. Glimpses into its past and former residents can be accessed by visiting one of its many cemeteries. Within the heart of Boston’s city center lie three very different cemeteries, each with their own haunted tales. These are the ghost stories behind Boston’s most haunted cemeteries: The Central Burying Ground, King’s Chapel Burial Ground and the Granary Burial Ground. The Central Burying Ground […] 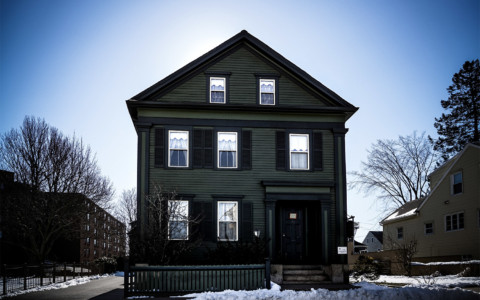 Inside The Lizzie Borden Murder House

On the morning of August 4, 1892 a house in the sleepy town of Falls River, Massachusetts became a heinous crime scene, capturing the public’s intrigue. Two of the home’s occupants were brutally murdered, each being hacked several times in the head with a murder weapon suspected to be a hatchet. This event thrust the victim’s daughter, Lizzie Borden, into murder suspect infamy. Abby Borden, Lizzie’s step mother, was the first to be murdered within the […]