The year is 1990. A young couple venture to the Singapore shoreline, out on a date after being an official couple for just two days. The pair stop for a short break, sitting to rest and talk upon the stairs of a now-infamous landmark, the Amber Beacon Tower. This brightly colored beacon exhumes a radiant light and makes for a convenient resting place, positioned right on the beachfront.

The unsuspecting couple was to sit peacefully on the stairs of the Amber Beacon Tower before being attacked. They were approached from behind by two men who were wearing masks to conceal their identities. While the male of this pair was stabbed in the back, he was fortunate, being able to fight off his attacker, tossing him over the tower’s railing. This man’s girlfriend was far less fortunate. She attempted to run away from her attacker, fleeing down the spiral staircase of the tower. In the process, she was stabbed in the neck. Sadly, as her boyfriend descended to reach her, she lay on the floor, losing critical amounts of blood.

The injured man left his girlfriend’s side to reach help. He managed to stumble into a nearby cafe, alerting patrons and staff to the whereabouts of his girlfriend, before falling unconscious and succumbing to his own blood loss. Though this man survived his wounds, his girlfriend sadly did not. That night, Kelly Tan Ah Hong was murdered and to this day, the heinous crime remains unsolved.

The Amber Beacon Tower is commonly cited as being one of the most haunted places in Singapore. Being the scene of a vicious, unprovoked and still unsolved murder seems to have provided the background information for this ghost story.

Many passers-by of the Amber Beacon Tower have reported seeing a woman dressed solely in white, gliding across the multiple levels of the tower. The ghostly aura of this woman is said to be sorrowful and is believed to belong to the young murdered lady, Kelly Tan Ah Hong. Others have reported having screams of pain and terror, as well as loud cries emanating from the tower when no one is around. Sadly, some people do believe these noises could be caused by Kelly too.

The Amber Bacon Tower is a public structure located in Singapore’s East Coast Park. The structure and its stairs are open and can be explored by visitors. They provide a pleasant view of the beach from the top. Eateries and bars are located along the beach and the area is popular with the locals to picnic and bring their families.

Sadly, this crime remains unsolved. If you believe you have information relating to this case, please consider passing it on to the Singapore Police.

If you are interested in learning about other haunted places in Singapore, I recommend checking out Bukit Brown Cemetery! 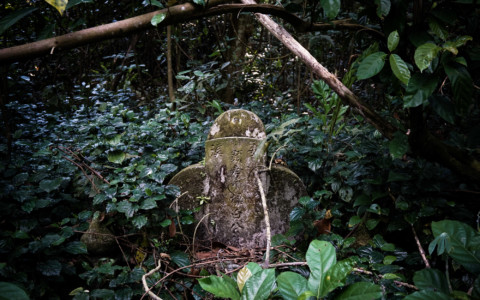 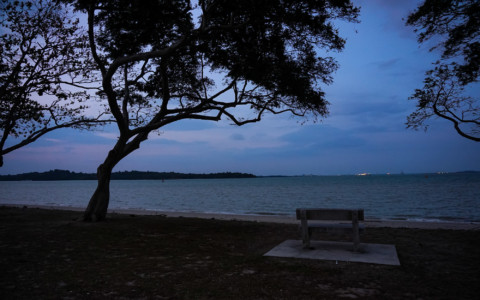 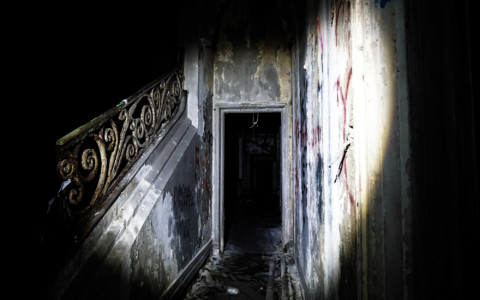