Along one of Perth’s many popular hiking trails sits a disused railway tunnel that has sent chills down the spines of those who pass through it since its opening. You’ll find this dark, damp and lengthy tunnel within the John Forrest National Park, where it has sat since its opening in 1895.

Since its construction began, the Swan View Tunnel has been riddled with problems. There are rumors that many perished while the tunnel was being built, though more dark events would transpire after the official opening. It turned out, some miscalculations of the 340-meter long tunnel had been made. The tunnel’s opening was too tight and the incline it was built upon was too steep to mesh well with the type of trains that were to pass through it.

From 1896, many trains passing through the tunnel would fill with smoke and steam from the engine, since it had nowhere else to go. The most terrifying part about this was that it caused those on board to asphyxiate and oftentimes, pass out. 1903 would see the first extremely serious incident along the tunnel, where a train passing through Swan View had slowed to walking pace, causing those on board to slowly suffocate and lose consciousness, with the train creeping through the tunnel ever so slowly. Both drivers and around 20 firefighters on board lost consciousness and sadly, one of the drivers also lost his life.

Eventually, at the turn of the 1960s, the Swan View Tunnel was disused and another route was forged. Given the dark and ghastly history that this tunnel possesses, it’s no wonder why ghost stories have swirled about this location.

Many people claim that the Swan View Tunnel is one of the most haunted places in Perth. Taking a brief look at the tunnel’s history, it is easy to see why so many ghost stories have formed about this location. Ghost tours have even made their way through the area in the past!

Some to visit have claimed to sight visual anomalies that cannot be explained, such as self-illuminated balls of light traveling through the tunnel. Other ghostly activity to be reported includes, hearing strange noises and even being overcome with sudden physiological sensations that fall in line with the tunnel’s past of asphyxiation.

During my own visit to the tunnel, footsteps were documented on camera and we received the name “Fred” through one of our devices when we questioned who had made the noise.

The Swan View Tunnel is a stunning, but eerie place to visit. The tunnel is steeped in history itself, but surrounded by magnificent views of nature, making for an interesting hiking destination. The tunnel remains open and is accessible at night, though some night hikers may make their way through from time to time.

If you enjoyed this article, you may also like to learn about another haunted train tunnel in Australia, the Ernest Junction Tunnel. 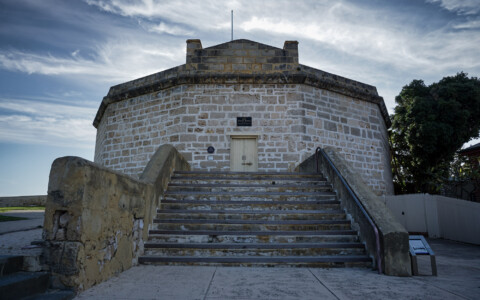