Pune is a large and bustling city. So large, in fact, that it is the second biggest in Maharashtra after Mumbai. Pune is also well known for its great historical significance. It is a place of ruins, where stories of the past exist on every corner. All of this history means that Pune has seen its share of darker moments, which have resulted in plenty of ghost stories. Here is where you can find the most haunted places in Pune, India.

The first haunted location in Pune worth noting exists on its outskirts and is known as Holkar Bridge. Although a bridge might not seem like an obvious place for ghosts to lurk, Holkar Bridge has developed quite a reputation since being built in the 1800s.

A number of unexplained deaths occurred on the bridge causing locals to question whether it could be cursed and possibly haunted. Some have suggested that there could be an evil presence along the bridge that could have caused a large number of road accidents. In addition to these mysterious deaths, there have been countless people to report sighting ghostly apparitions as they pass over the bridge.

Since Holkar Bridge exists so close to a cemetery, which itself dates back to the 1700s, some have made the connection that this could have contributed to the haunting. Could it be that spirits are straying from this burial ground and wreaking havoc along Holkar Bridge?

Situated high above Pune atop Taljai Hill is an abandoned mansion that has a reputation for being extremely haunted. Today, only the ruins of the mansion remain, yet it has been steeped in many legends of the supernatural. The mansion dates to the beginning of the 1900s and was built for Surdar Thuve, an important man who worked for the local royalty in Pune. Surdar was well known in the community for his lavish and indulgent lifestyle. It was this way of living that gave rise to rumors and eventually ghost stories.

Supposedly, promiscuous dancers were often invited around the mansion and one night, Surdar made some unwanted advances upon one of these women. After these advances were refused it is said that Surdar murdered the woman and cut her body into small pieces. Following this event, he was overcome with guilt and proceeded to take his own life, hanging himself within the mansion.

Surdar is now rumored to haunt the mansion along with the woman he murdered. Many claim to have encountered these spirits within the ruin, as well as hear the jangling of traditional dancer’s anklets on dark silent nights.

The most haunted place in Pune, India is without a doubt the foreboding Shaniwar Wada Fortress. Built in 1732 this majestic fort has seen many dark moments in time, which are said to have made it a very active location for paranormal events.

A lot of the fort’s ghost stories stem from a great fire that tore through the area, leaving its interior gutted in 1828. This event sadly claimed the lives of many and to this day some still claim to hear the agonized screams of the fire victims echoing through the fort late at night.

This is not the most famous ghostly phenomena to occur within Shaniwar Wada Fort. The most popular ghost story at the fort relates to a complex royal feud. It is said that following the death of a king, his throne was passed onto his young son. This angered the king’s brother who worked to overthrow the 16-year-old. It is told that this young boy’s uncle organized for him to be assassinated. One night this young king was attacked and hacked into pieces within his chambers, screaming at the top of his lungs “uncle save me.” To this day, many believe that this young man still haunts the fort and on still, quiet nights his cries to his uncle can still be heard. 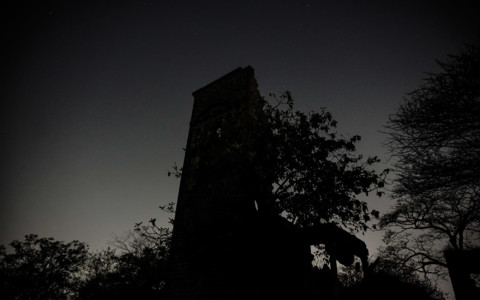 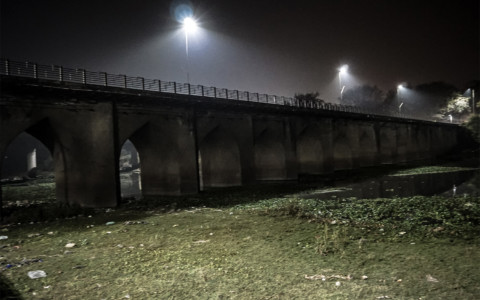