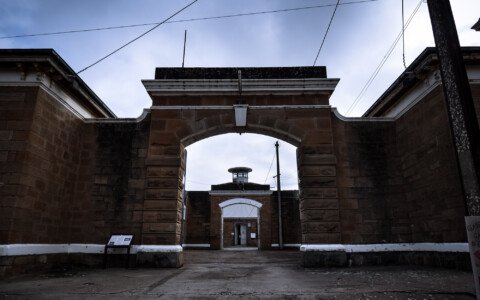 During its many years of operation, Gladstone Gaol boasted a fierce reputation, with past inmates likening their time at the institution to “Hell.” Built between 1879 and 1881, Gladstone Gaol was important to relieve overcrowding issues of other South Australian prisoners at the time. The jail would hold both female and male prisoners through until the commencement of WWII when the facility was repurposed by the military to act as an internment camp and detention […]

Not only is the Adelaide Zoo one of South Australia’s most beloved tourist attractions, but it is also an important institution for local education and the conservation of wildlife. The Zoo first opened its doors in 1883 and has housed many native and exotic animals since. Recently, the Adelaide Zoo became of interest to the paranormal community when Adelaide’s Haunted Horizons began to conduct dark history tours, which featured some tales of potential hauntings. It […]

Today, Port Adelaide houses the oldest surviving composite Clipper Ship in the world. Once named the City of Adelaide, this magnificent historical ship was built in 1864 with the purpose of transporting passengers and cargo from London, England to Adelaide, South Australia. Although the tattered ship appears tired and worn, it remains of great historical significance to South Australia. More than a quarter of a million Australians are able to trace their heritage back to […]

The Grand Hotel Millicent is an epic structure that sits close to South Australia’s coastline. Having stood proudly in Millicent for over 120 years, many from the area claim the building to be haunted by numerous spirits. Construction was completed on the hotel on the 12th of September 1900 and the Grand opened its doors to the public as upper-class accommodation. Although the Grand is not the oldest hotel in town, it has become the […]

The Marree Hotel was the first building erected in the small, remote town of Marree. Being built back in 1883, the Marree Hotel became an institution within the town over the years. Once even being called the Great Northern Hotel. The Marree Hotel has remained continuously operational throughout its life and has played host to many different Caretakers and owners. Today, it remains a popular place for locals and those passing through the outback, though some […]