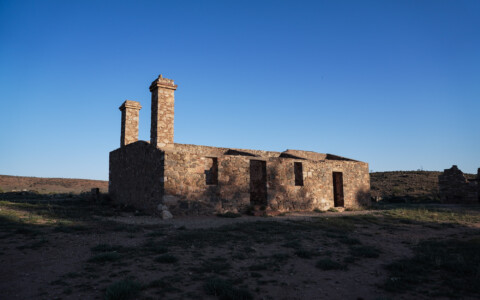 Kanyaka Station lies in a remote part of South Australia’s Outback. The abandoned site is little more than a crumbling ghost town today, although this area will always remain rich in history. The station dates back to 1852 when it was established by the newly emigrated Hugh Proby, a wealthy, young man who had arrived on Australian soil from the UK. He worked to shape the Kanyaka Station but died shortly after the town was […]

The Mount Remarkable Hotel sits in the small South Australian town of Melrose and is the oldest hotel in the Flinders Ranges. Originally, the hotel was built by T.W. Moran, who was one of the earliest Police troopers in Melrose. Later, the wooden hotel he had built was replaced with the building that continues to stand today. This structure has continuously held its license since 1857 and has remained structurally unchanged since 1860. The hotel […]

William ‘Bluey’ Blundstone built his blacksmith shop in the small South Australian town of Melrose in 1865. He had just emigrated to Australia from England with Martha, his wife, and quickly became an important individual in Melrose, performing much work for the local police station. Bluey lived a long life, passing away in 1908, but his old blacksmith shop has sealed his legacy. Although these days the property is run as an up-scale accommodation option, […] 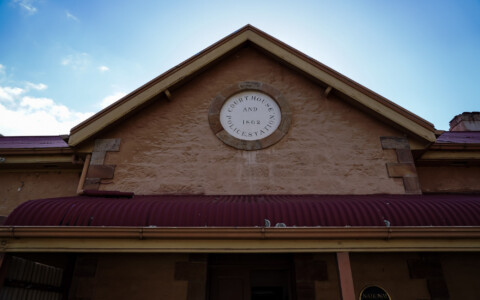 Melrose is a quaint country town, known for being the oldest in the Flinders Ranges. It sits in the shadow of the glorious Mount Remarkable and is a place that boasts history just as remarkable as that very mountain. The Melrose Heritage Museum is an important place for such history, being both an amazing resource and a place of preservation. The museum itself is contained in numerous buildings, including the original courtroom and police station […] 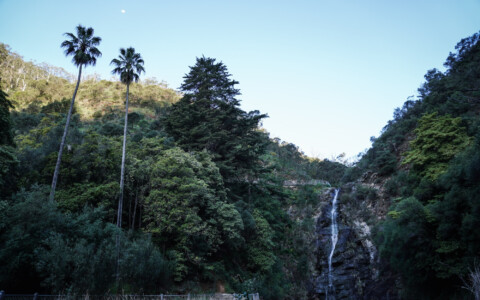 Waterfall Gully is a picturesque and popular hiking trail in South Australia. Many visit to marvel at the beauty of the gushing falls or to tie the knot in its surrounding natural gardens. Despite the area’s beauty, it does have a tragic moment in its past that is believed to have caused a haunting. 1926 saw an epic bush fire sweep through this area’s bushland, enter Waterfall Gully and threaten lives and buildings, such as […]

The Unicorn Brewery Cellars lie just beneath the historic mining town of Burra. The dark, extensive tunnel system appears intimidating. Cold, damp passages leading into winding darkness made for the perfect setting for a horror movie, being used as Wolf Creek 2’s torture dungeon. But, they also seem appropriate for ghosts, which many people claim linger from the past. The Unicorn Brewery produced South Australia’s beer between 1873 and 1902. Unfortunately, after the brewery saw […]

Driving into Port Wakefield from Adelaide, the gateway to the Yorke Peninsula, can be a rather mundane experience. One follows the long stretch of road along Highway A1, a vast landscape of farmland, scrub and endless horizons make for a scenic but banal drive. Sure, the handmade sculptures lining the road near Dublin, protesting the rubbish tip, offer up a fleeting moment of interest. Otherwise, the road is seemingly normal, but for some who have […]

In 1845 Copper ore was discovered near the small, country town of Burra in South Australia. The years following this discovery saw the community grow and by 1850 Burra was home to the largest metal mining site in Australia. The site, known as Burra Burra or sometimes the Monster Mines, employed around 1,000 men and boys at its peak. The mine remained in operation until 1877 when it was closed. Almost 100 years later, in […]