You’d be hard-pressed to find a country pub with more charm than the Australian Hotel. This piece of local history has sat within the small community of Boonah since 1888. Its wooden deck, creaking stairs and quaint front bar are all cherished parts of character that have made the hotel feel like a second home to many. The welcoming nature of the Australian Hotel even seems to have extended past the living and coaxed many ghosts to spend their afterlife within its aging walls.

Ghosts of the Haunted Australian Hotel

The Australian Hotel has gained a reputation as being one of the most haunted places in the whole of Australia. Countless reports of ghostly experiences have made their way out of the hotel, which has made it a popular location for paranormal investigators. A number of deaths have occurred within the building, which could be one of the reasons as to why so many ghosts frequent its halls.

Room 7 is said to be the most haunted place in the entire building. Many have claimed to sight the apparition of a man within this room. He is thought to be responsible for causing the room’s light fixture to swing and its taps to turn on or off without explanation. Interestingly, poltergeist activity has also been documented in Room 7. It has been speculated that the man haunting this room could be Mr. A West. West was a middle-aged man who booked a stay within Room 7 in 1914. He was later found dead within this room with a gunshot wound to his forehead, believed to have ended his own life.

Another spirit is that of a young woman who is believed to have died during surgery, spurred on by appendicitis, is also said to haunt the Australian Hotel. She has been sighted many times walking up and down the main staircase of the hotel. There have also been a number of reports of people interacting with the spirit of a young woman within Room 11, another active location in the hotel for paranormal activity.

The final ghost said to haunt this iconic country pub is that of young Katie Marie. Katie passed away within the hotel after contracting influenza at just 4 years of age. Katie has been known to make her presence known within some of the hotel’s rooms, especially by jumping on visitor’s beds in the dead of night. However, she is mostly thought to dwell in the downstairs dining hall of the hotel, where many people claim to have picked up on paranormal energy.

The Australian Hotel is a friendly place to stop over for a drink, meal or to spend the night. Boonah is a charming small town and the Australian is one place you can feel the closest to its rich history. Stays at the hotel can be booked online and requests to spend the night within the supposed haunted rooms are granted when asked for and if availability suits.

If you are interested in other haunted places in Queensland, check out the Ernest Junction Tunnel. 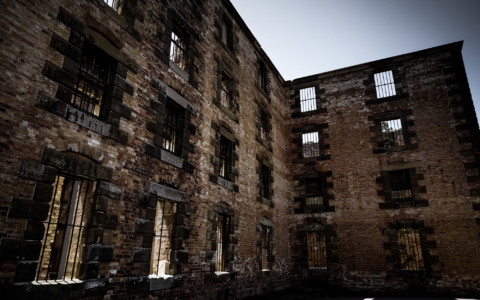