One of Gawler’s most popular walking trails boasts a seriously grim name. Dead Man’s Pass wasn’t always named as such but received a new title following the death of a mystery person. It’s also claimed to have a ghost or two.

Though this area saw much history surrounding its first inhabitants, the Kaurna People, history related to the early settlers navigating the area began in the 1830s. Dead Man’s Pass was originally dubbed Murray Pass and was a very popular rest stop for travelers making their way to and from Adelaide.

The story of our dead man occurred during this time. A group who were working to survey the land came across a man, who appeared lost, disorientated and was suffering greatly from exposure to the harsh South Australian land. They took the man in, allowing him to ride upon their cart to Murray Pass where they stopped for the night. This man was worse for wear and resultantly, couldn’t talk to the party assisting him. Sadly, this man did not make it through the night

Unable to travel with the unidentified body, and unable to bury it due to a lack of tools, the party devised a rather unique and ghastly way of storing the corpse. They located a hollowed-out tree along the river and shoved the body inside. Concealing it with mud and rocks in the hopes that it wouldn’t be savaged by wild animals.

Soon after, the pass received its name change and the mystery man’s body was relocated to Gawler’s first cemetery. This event certainly gained the area some infamy and could be the reason why it is claimed to be haunted.

Not surprisingly, there are said to be some spooky events that occur around Dead Man’s Pass. Many people claim to have sighted ghosts along the walking trails, with some being described as apparitions and others as dark, shadow people. Visitors have also reported strange feelings in the area and some say they have been touched on the legs by unseen forces.

One interesting account of a potential paranormal experience has been shared on a ghost forum. Here, a man recounts seeing two ghosts after taking a harsh fall from his bike as a child. Supposedly, he was riding a well-traveled path around Dead Man’s Pass with his friend. As he was descending a steep hill he was urged by a mysterious voice in his head telling him to turn right. This differed from his usual route of turning left, yet he listened to the voice and turned right. The decision caused him to crash, yet possibly saved his life as coincidentally, a car was coming around the corner and could have killed him had he decided to turn left. After waking from being knocked unconscious this boy claimed to have seen a man and a woman watching over him, something that no one else saw. Could they have been ghosts, possibly looking out for him in the area?

Dead Man’s Pass is open to the general public, being a popular walking trail. You will find some signs at the beginning of the trail displaying the ghastly history of the area, detailing just how the pass got its name.

If you enjoyed this article you might also like to read about other haunted places in South Australia, such as the Sir John Franklin Hotel in Kapunda. 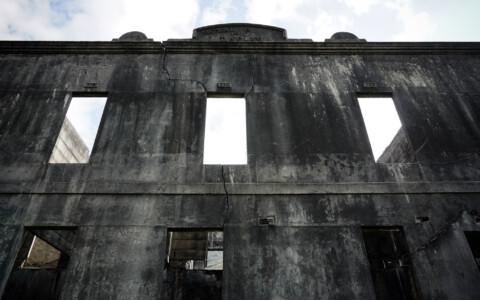 There’s something special and spooky about this

Spent some time with my haunted doll, Nancy! We ha