The Hobart Convict Penitentiary was one of Tasmania’s earliest prisons. It consisted of a gallows where many drew their last breaths, cells, including some underground solitary cells, courtrooms and a chapel specific to convicts. More than 40,000 prisoners were to pass through the penitentiary’s doors between 1821 and the 1960s when the prison was closed and partially demolished.

Having held thousands of hardened criminals in a maximum-security setting, as well as seeing the executions of 31 men and 1 woman, the Hobart Convict Penitentiary is also said to contain a number of ghosts.

Ghosts of the Hobart Convict Penitentiary

The Hobart Convict Penitentiary is considered by many people to be one of the most haunted places in Tasmania. This is interesting considering that the penitentiary was largely demolished in the 1960s, making way for a more advanced prison facility to replace it. Many different areas of the building were salvaged or spared from this demolition and there are some that remain of particular interest to paranormal investigators.

One of the most active and dark areas of the old penitentiary is its former gallows. Eerily, these gallows remain fully functional today, though they do not actively perform executions. In addition to the 32 hangings that took place at the penitentiary, this area now also contains the original hanging beams used within Hobart, which saw hundreds of more deaths. Some believe the notorious hangman, Solomon Blay, who is said to have hanged more than 200 people, haunts the gallows. He is said to be very particular and dislikes anyone touching his noose and other equipment. Phantom smells such as urine and blood are also prevalent in this area.

Holding cells where condemned prisoners would wait for their execution exists just a short walk from these gallows. One of these cells is said to hold a particularly dark entity that shows its glowing red eyes to some and allegedly threw a visitor against a wall.

Just a short distance from this area are solitary confinement cells. These cells are located underneath the convict chapel and thought to be particularly active for paranormal occurrences. Many have heard unexplainable sounds and voices down there, while some, particularly females, have claimed to fell kissed or groped by invisible presences.

Others have claimed to encounter a tall, dark shadow person in the underground tunnel that links the courtrooms to these cells. They’ve also felt a strange presence and smelt rotting meat near a judge’s chair in courthouse #1, where a judge passed away from a heart attack many years ago.

The Hobart Convict Penitentiary is open as a museum during the day from Tuesday to Sunday. Ghost tours also run at the facility on select dates. If you visit, I highly recommend taking the full guided tour which costs just a little bit extra on top of an entry fee to the museum. This will allow you access to see the underground tunnel, cells, gallows and convict chapel.

If you enjoyed this article you may also wish to check out Hobart’s haunted restaurant, the Drunken Admiral. 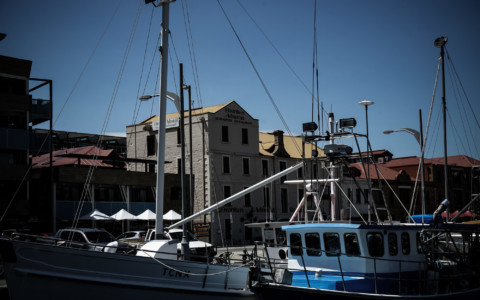 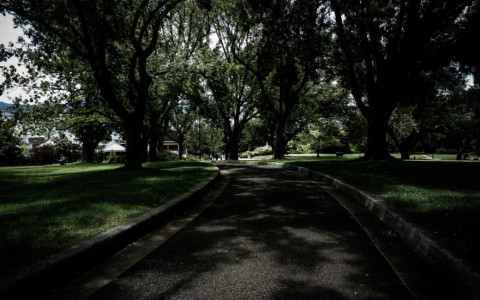 I'm so lucky to have been given the chance to inve

Over the past two months some pretty weird things